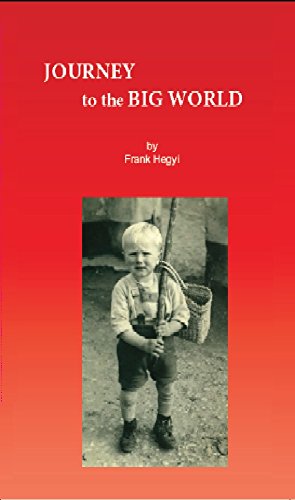 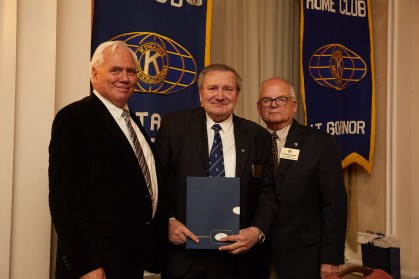 This book contains inspirational stories from the life of a man who led a colorful life, daring to take the next step in search for adventures. These stories include:
-Experiences as freedom fighter in the 1956 Hungarian student revolution, narrowly escaping execution;
-Living in refugee camps and daring to enter University as a high school dropout and succeeding in earning two college degrees;
-Leading expeditions in the Amazon jungle, surviving attacks by wild animals and crew;
-Travelling as research scientist and high tech entrepreneur throughout the world representing his adopted country (Canada);
-Encounters with the KGB while visiting Soviet Union as member of a scientific delegation; and
-Climbing up the ladder in service clubs to the position of District Governor, Kiwanis International

-The adventurous life was put on a temporary back burner when he was diagnosed with prostate cancer. The author provides a unique perspective of the courageous battles he led in beating the big C and the changes of life styles that he had to implement in order to increase the odds in survival

-Then in 2004, he was stuck by a Stroke. He was uncontious for 4 weeks, spent 5 months in hospital, and survived again.

-Then in 2019 his heart stopped.  Three Doctors worked on him, installed an PACEMAKER , and he survived again.

The  stories in the book exemplify the saying: “the difficult we do right away, the impossible takes a little longer”.

To grab a copy of this, visit the following link: Amazon